Is my animal ready to transition? 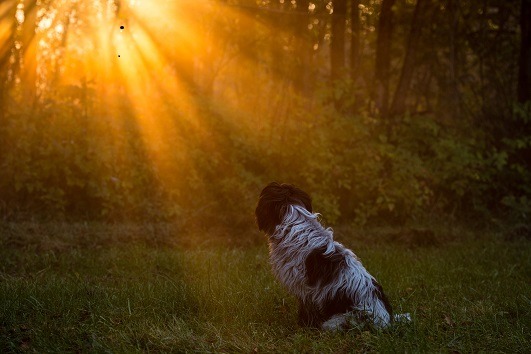 Ever wondered if your animal was ready to transition? Many of us are plagued by the heavy burden of deciding if and when to let them go.

Animal communicators provide additional information beyond good medical advice to help you decide whether “it’s time.” Some animals are ready to move on – life stops being fun. And some have a last request before they’re ready to go. Others want more time on the planet. 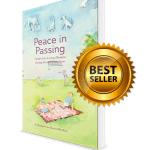 Here’s one story about Chazworth, a cat who was ready to transition.

It’s from my book, Peace in Passing: Comfort for Loving Humans during Animal Transitions.

I’ve included a fun, non-transition anecdote about how Chaz helped Debbie BEFORE he passed on. 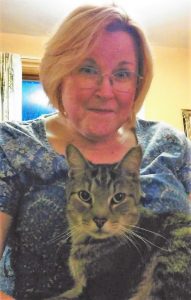 My longtime friend, Debbie had a wonderful cat, Chazworth. I spent time with Chaz when visitng Debbie in my hometown of Buffalo, New York.  Chaz was a friend just as much as Debbie.

Sometime after Debbie’s father passed away, she and Chaz moved back into the family house. Her mother had passed away in the early 1990s, but her father, Henry, passed in 2012.

Chaz may have been in touch with Debbie’s father because Chaz found money under the kitchen drawer after they moved in. Debbie tells it this way:

“One time I heard him meowing insistently in that area. I opened the cupboard door and tried to coax him out, which should not have been a problem, but her refused to move.

“So I pulled out the bottom drawer where he was sitting and found an envelope on the floor. Inside was about $500! He came out, and I looked around and found another envelope with about $400! Where this came from I have no idea.

“But one week later my water heater sprung a leak and had to be replaced. That money sure came in handy! Thanks, Chaz!”

Chazworth is ready to transition

A few years later, Chaz was having a number of health issues. That’s when Debbie asked me to check in with him to see if he was ready to pass. He showed me a couple of images, which I drew. I’m sharing this one, because it was his way of saying, “I’m ready.”

Tobogganing down a snowy hill

You can see him standing on a toboggan going down a snowy hill with a scarf that is straight out, showing he was going downhill fast. I also felt excitement from him. Put this together and you get, “I’m going downhill fast” (health is failing) “and I’m excited” (glad to leave my body behind).

Sometime after we deciphered this message, Chaz suffered another “slow down” and lost bladder control. This was when Debbie reluctantly made the appointment to let him go.

We have their permission

When animals come into our care, they give us permission to make decisions about their wellbeing. That permission includes end-of-life decisions.

Make a heartfelt decision about their ending, and in your grief, remember that you let them go with love. You did good and they are OK.

How Do I Know When It’s Time to Transition?

Use this checklist for assessing quality of life for your companion animal – it’s from The OSU Veterinary Medical Center.

Discuss it with a veterinarian you trust. And if you need more information from your animal, ask them – through an animal communicator!

Need to find out if they’re ready to go?

Check out Perfect Endings and Transitions.