What’s in a name anyway? 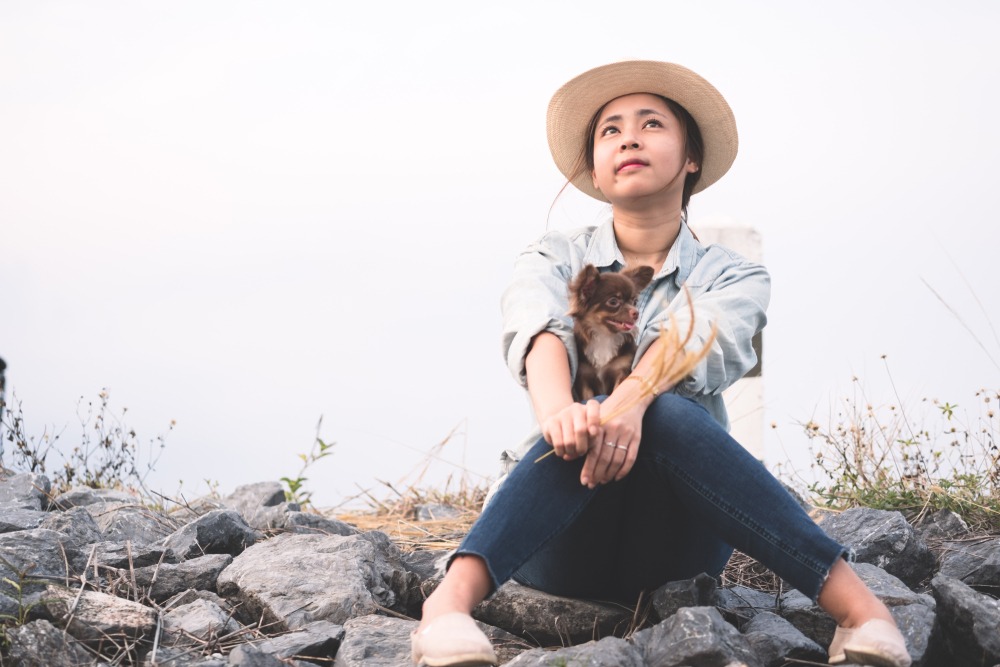 Changing an adopted animal’s name seemed weird to me. Somehow it felt wrong. I figured, maybe some higher power had named the animal, and I shouldn’t mess with fate. I certainly didn’t have the right to mess with fate, did I?

My name led to this belief

My own name, Maribeth, greatly influenced my beliefs about not changing animals’ names.

Mom (my higher power for many years, hah!) named me Maribeth by merging her name (Mary Margaret) with her mother’s name (Elizabeth). She was adamant about this. Even though my name is listed as Mary Beth on the birth certificate, she changed the spelling to Maribeth on every other legal document, so people would stop calling me Mary.

In my heart, I considered that naming a gift, an anointing. I like it. It’s me.

But I chuckle when people assume I’m from the Southern part of the U.S.  I’m from Buffalo, New York (just below Canada) and not even South Buffalo! Believe me, a girl from Buffalo doesn’t have a Southern accent. Can you say, “Nasal A’s”?

When it comes to choosing names, Tibor changed my mind 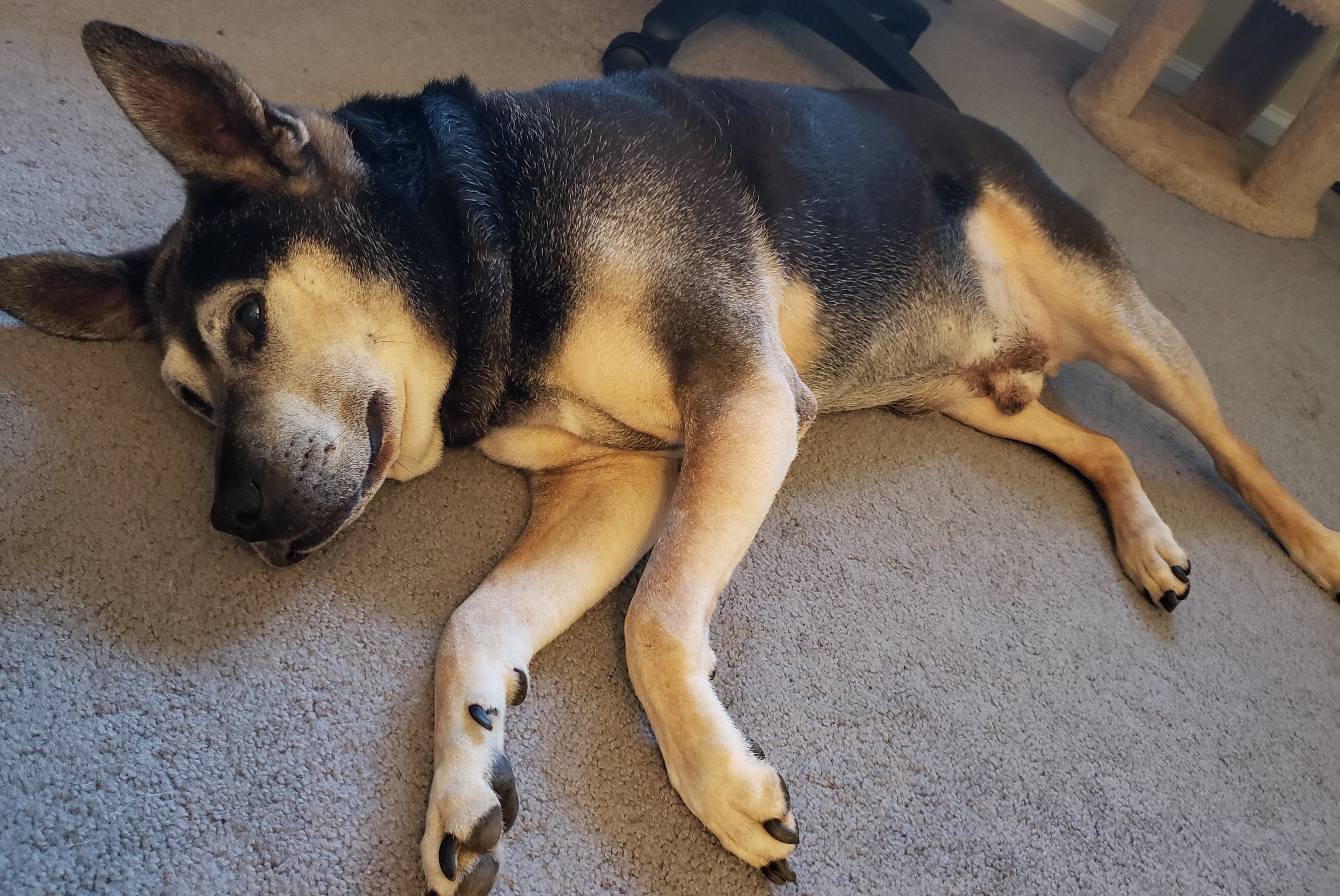 My dog Tibor came to us as a rescue from West Virginia with the name Thunder. He’s a powerful guy, muscular, and wide-chested. You might find him intimidating because of his muscular build and his dark brown/black coloring. But at heart, he’s loving and generally pretty quiet.

How mild is he? When my daughter Andy’s cats (Mac and Bunnie) came to live with us, we caught Tibor following his doggie sister Stella as she raced up the stairs to chase and herd the cats. It was all in fun; the cats thought it was a race and they were winning.

But when everyone got to the top of the stairs and looked at each other, we’d hear Tibor whimpering— the cats made him nervous! Like, “Oh, crap, there are those cats again, what do I do?” We had to comfort him and remind him we were one family and he was safe. He’s good now.

Then we discovered Tibor was afraid of thunder. He’d be shivering, shaking, running to the basement laundry room, where it’s small and dark and there are no windows. Or he’d jump on the bed, trying to bury himself in our armpits, which is not a good tactic for a 50-pound dog. (Got that problem? Try the Bladder Sweep Grounding Technique.)

Well heck! Why name the guy after something that terrifies him?

When we connected intuitively, Thunder shared that he detested his name.

Being a military family, my husband Charlie and I searched for a military hero we admired for a new name. We found Tibor (Hungarian for Theodore) Rubin, a Medal of Honor awardee. Both Tibors had both survived terrible conditions and thrived in spite of them. And were really good-hearted souls. Thunder became Tibor! He likes his name. 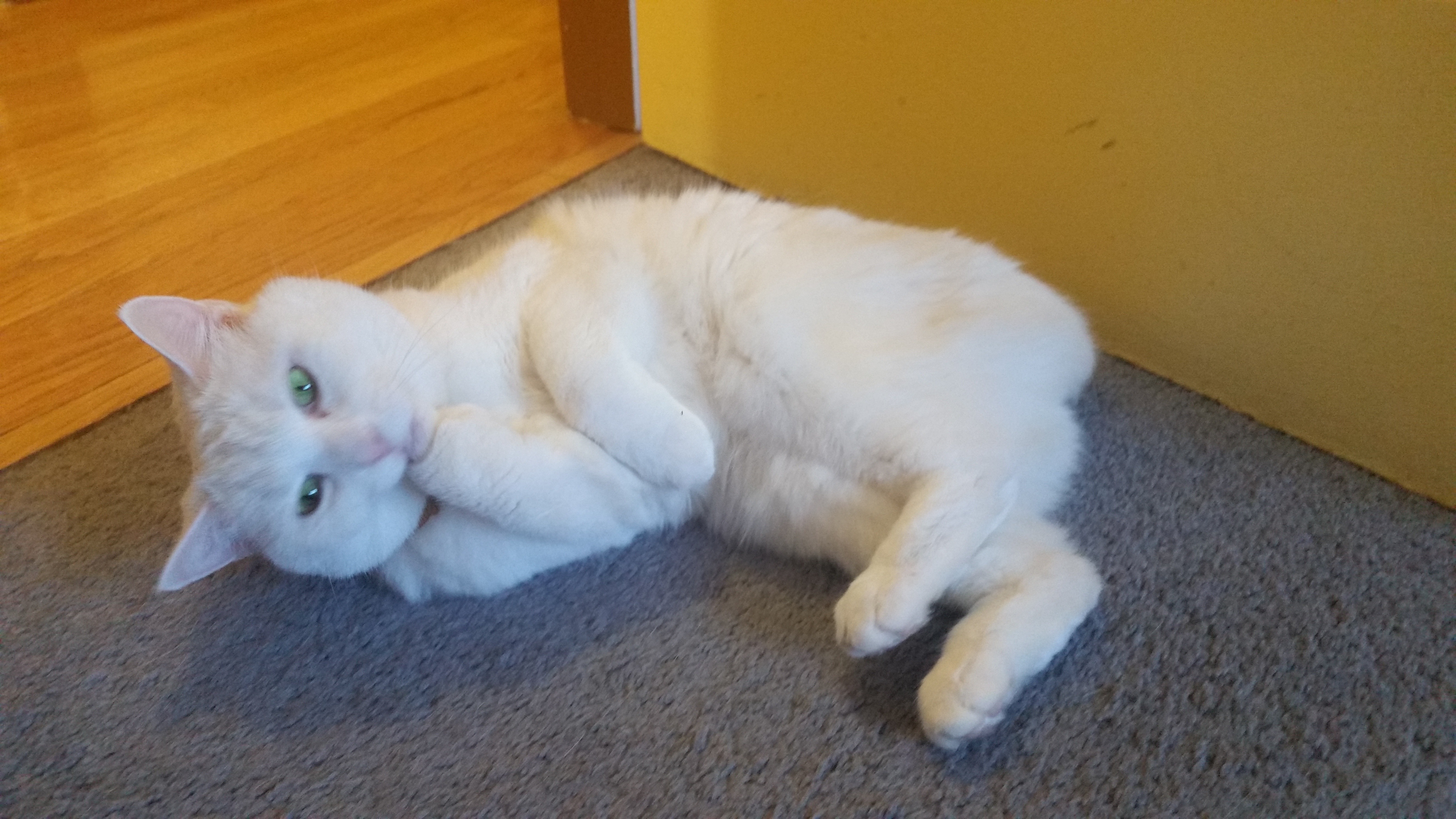 Brick, now Bunnie, lived with my daughter Andy, during her college years. My nephew Daniel told me about how Brick “terrorized” him when he visited Andy. According to Daniel, he woke up with Brick sitting over him like a vulture. Brick was eyeing him as if figuring out how to slice and dice him into bite-sized snacks. She scared the heck out of him, but did not hurt him.

Brick moves in with us

She and her brother Mac came to live with us when Andy left for India in 2012. Brick adjusted to us and was OK with the dogs and clearly loved Charlie and me. She scratched people when they petted her but adored getting her cheeks rubbed.

In October, Charlie brought Shadow home. Shadow was playful and wanted to be everyone’s friend. Brick wasn’t having it and attacked mercilessly.

I connected with Brick/Bunnie to find out what was up.

What did we do with the information?

Charlie made it a project to clear out clumps of hair (please don’t judge us)! She was NOT pleased. He gained a few scratches, brave man. But after he cleared the clumps, Brick was less concerned about being petted.

I took her to an acupuncturist who helped ease the back pain (chiropractic is also an option). She let us pet her with a disgruntled meow and not scratches. Less pain = less crankiness. 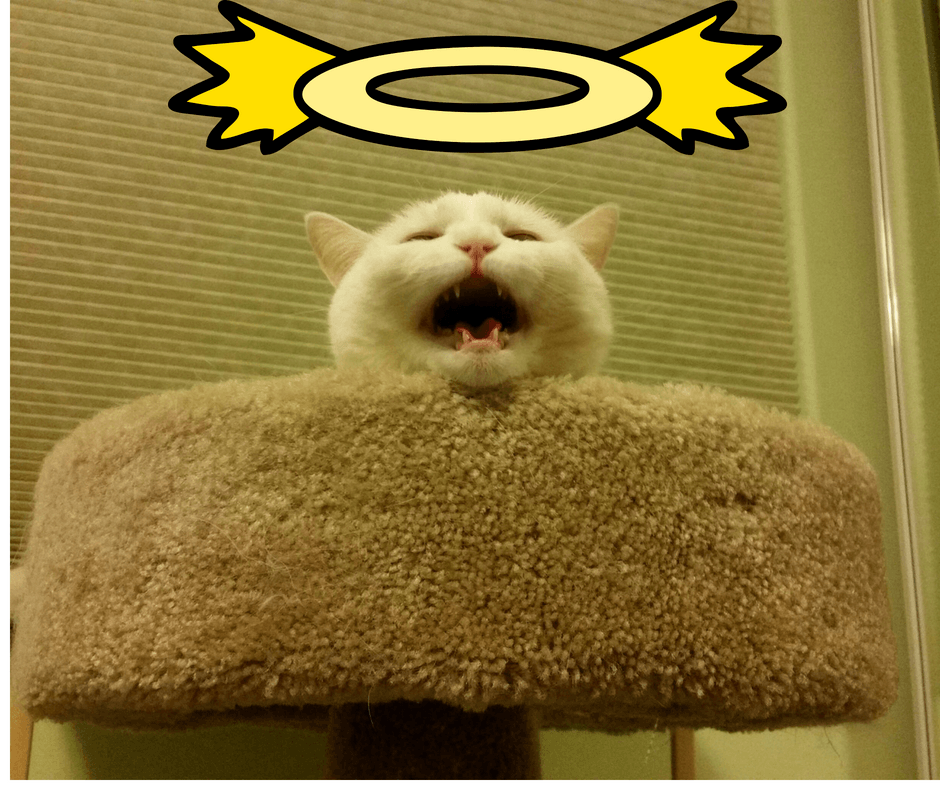 I felt her name Brick reinforced her tough gal attitude and I wanted her to tap into her softer energy. So I anointed her Bunnie after my favorite stuffed bunny from my childhood. I asked Bunnie to share her love with all of us, including Shadow. Charlie makes time for cuddling her and letting her sleep on his lap.

Bunnie’s better but not perfect. She has not attained (yet) sainthood. We ARE talking about a cat here.

What’s in a name?

Quantum physics teaches us everything is made up of energy. Those of us who are sensitive to vibrations notice that even names have energy.

You can feel the vibrations. Say Brick out loud. Now say Bunnie out loud. Do you feel or sense the different vibration or energy? Have fun with it, it’s not logical, but rather intuition or feeling.

I now understand why people change their names. They want a name that supports and enhances their soul’s essence and purpose.

And now I know sometimes we need to rename our animals. Tibor is proud of his namesake and Bunnie likes the idea of being softer and more loving.

How does your animal’s name support who they are – or who they want to be, their best self?

If you want to know how your animal feels about his/her name, join me in UConnect.