Talking with Psychic Bob as a “Pet Psychic” 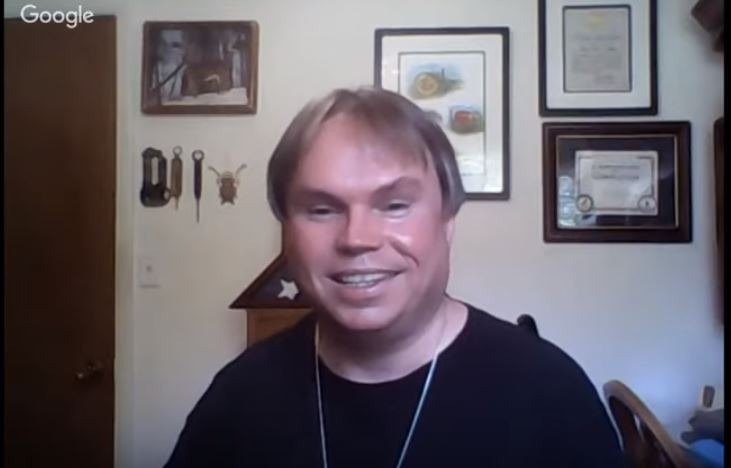 I don’t usually call myself a pet psychic; usually, I call myself an animal communicator. But when you’re talking with “Psychic Bob Hickman,” you go with the flow! Psychic Bob and I have been friends for over 10 years, and he has been a thoughtful, caring and ethical advisor throughout our relationship.

Psychic Bob and I discussed whether animals go to heaven (whatever concept you use), how a cat made an atheist believe in the afterlife, hearing animals talk during near-death experiences and if animals have feelings. In my “pet psychic” role, I did quick readings for a few callers about their animals – a Chihuahua who had heart problems, another who just had puppies and another who was pretty aggressive-barky towards other dogs.

Here are a few snippets from our talk

Do animals go to heaven? 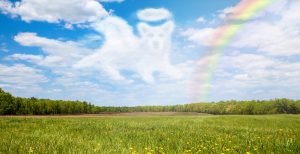 Bob Hickman:  I get so many letters. People say, “Psychic Bob, my animals, will I get to see them in heaven someday?” What do you say when people ask you that? 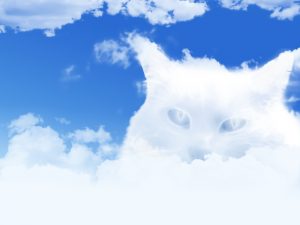 When you talk about heaven, if the animals you love aren’t there, that ain’t heaven. Let’s be honest. That’s nobody’s version of heaven who loves their animals as much as we do. So yes, they’re going to be there. I know that they come and check in on us. I’ve met so many people, including myself, who’ve had experiences of connecting with their animals after they’ve passed. They’re doing well, and so it’s really good news. Yeah, they’re still around. They’re still waiting for us.

Atheist becomes a believer thanks to his cat

Bob Hickman:  See, I love that because you know there’s this common, I call it a myth, a false belief that’s been going around the world. This Darwinian concept that we’re all just a bunch of matter and nothing lives eternally. Now we know that’s not true.

But people, even I think diehard skeptics … I knew a guy, I had to tell you a story, he was a diehard atheist and his cat died. And he said to me, he said, “I didn’t believe in life after death,” he said until he said, “I kept hearing my cat meowing in the house after his death.” So he thought another cat had got in. Well, he set up a video camera and his cat, in ghost form, it literally was translucent walked every night across the camera and I saw the films. So he now is a believer in spirit life. 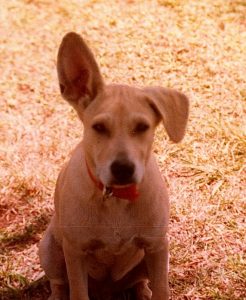 Maribeth Decker: It only takes one time. In the beginning, before I knew I could do this, my dog Timmy showed up after he had passed and it’s funny to me because I’ve got to go like this. I’m at the stove cooking a badly cooked dinner because that’s not my forte, and out of the corner of my eye I see Timmy. He’s not a see-through ghost. This guy is as if he’s sitting there looking at me with one ear up and one of your down smiling like all get out. I turn and I go, “Timmy,” and he’s gone.

I’ve said this before, but it never gets old, that moment I knew our animals, they survive death, they’re happy, they love us and take the time to tell us that they’re still okay. I got all that from that tiny little visit. He’s good, he’s happy and he wants to tell me he’s good and he’s happy.

Connect and communicate with your animals!

Has your animal let you know they’re OK after they passed? Would love to hear your story!