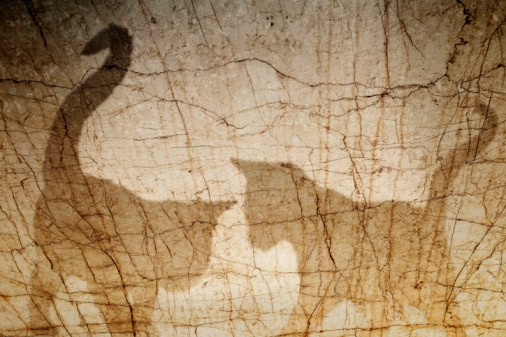 This is “A Tale of Two Kitties” (with apologies to Charles Dickens’ “A Tale of Two Cities”). Neither of these cats were using the litter box, which was a big “ewww” for both of the families involved.

A Tale of 2 Kitties

The first cat I’ll call Edgar. I visited Edgar’s house and immediately heard (in my head) the phrase “pissed off.” If you think about what Edgar was doing, that’s a pretty good physical manifestation of “pissed off,” right?

I checked in with Edgar, and he needed some energy healing for that “pissed off” vibration. Then I got an intuitive thought to ask which of the humans were stressed. The husband looked at his wife and almost yelled, “SHE is!” Okay then!  She admitted that she was really stressed at work. It was clear that I needed to do energy healing for her stress as well as for Edgar. After the energy healing, the wife felt more relaxed and Edgar seemed more relaxed as well.

Funny thing, the wife thought Edgar did not like her. But he was actually trying to help dissipate her stressful energy (not the best solution, but that’s what animals sometimes do). In the long run, she found another job, Edgar got friendlier towards her AND started using the litter box. It was a win-win situation!

Let’s call the second kitty Minnie. When I connected to Minnie and her human remotely, I wondered if Minnie was also “pissed off.” That wasn’t the issue.

Minnie was spraying because she had a sister kitty with a HUGE personality, like a rock star.  She was attempting to let it be known that she existed, too. I was intuitively given an analogy to explain it – think about when gangs spray paint graffiti in a neighborhood. They are communicating, “This area belongs to us –  stay out!” Minnie was doing her version of spray painting to say, “Hey, Ms. Rock Star, you can’t have the whole place; this part’s mine!” That didn’t sit well with the humans in the family, though.

I did some healing for Minnie, helped her to feel more safe and secure. She’s a cat, I know, but I did some energetic healing to increase her self-esteem so she would feel more like, “Alright, I don’t have the same personality as Ms. ROCK STAR, but I know how to hold my own.”

The last thing I did was to share with her how bad her people were feeling about this whole thing; I transmitted to Minnie their feelings of “yuckiness,” anger, frustration and sadness that they couldn’t get her to stop.

In most cases, animals respond when they realize how their behavior negatively affects their humans. They want to be good family members. I heard later that Minnie was using the litter box a lot more. I was really happy about that!

Moral of the Story

Just because you’ve got two animals doing the same thing, you can’t walk in with the belief that you know what’s going on. You have let them show you or tell you their particular situation. After that, you can figure out the appropriate communication and healing needed.