Secrets of a Poop Eater 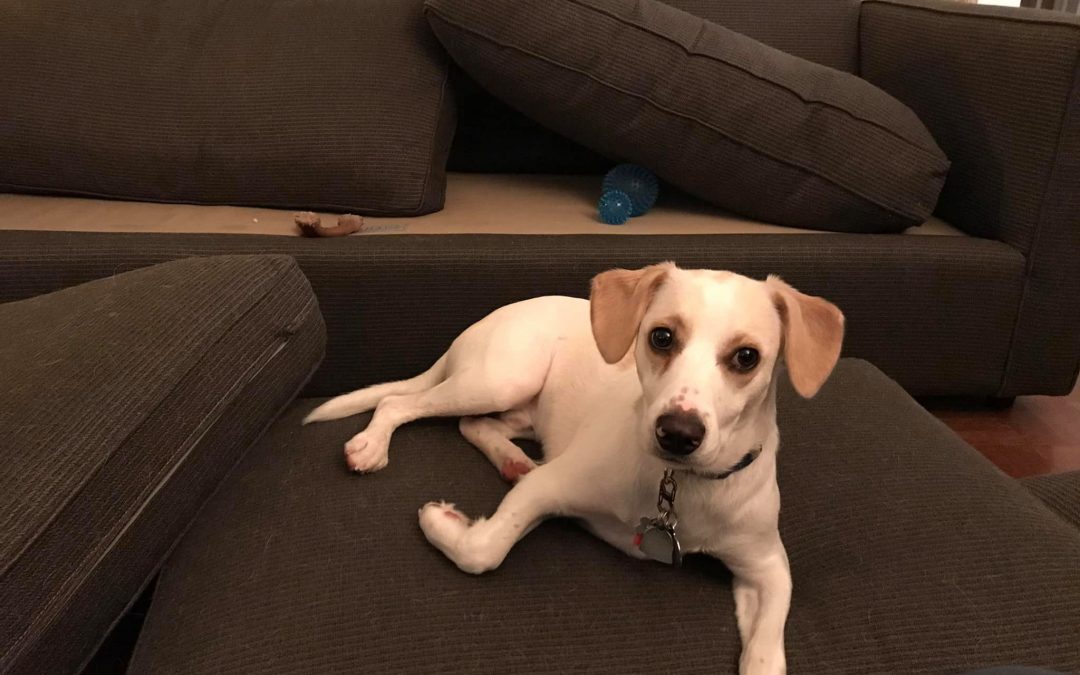 Fergus, a beagle-fox terrier mix, is a poop eater. He’s also the cutest, most lovable puppy ever. There’s no one he hasn’t charmed. The people in my building have kinda adopted him as our unofficial mascot!

Eating poop is his secret habit

But he has a secret habit. It’s not so people-friendly. He eats poop. Let me rephrase that: he loves poop, relishes it, and seems to find it EVERYWHERE! (Side note: why don’t people pick up after their pets? Sheesh).

When our cat Princess Leia was alive, there was a daily rush to the litterbox,  Fergus and I ran to get there first. Sadly, he often won. However, his daily source has dissipated but not his hunger. Our walks became a minefield of discovery (and, from his perspective, treats).

I asked Maribeth to connect with Fergus. I wanted him understand how we perceived his behavior.

This is Maribeth – I telepathically shared with Fergus those feelings we humans get when we see our dogs eat poop. For instance, we fear they’ll get sick, and let’s be honest, we feel disgust. But I also told him I understood his perspective. “Here are these yummy treats just waiting, maybe begging, to be gobbled up!”

I shared with Fergus that living with humans requires a few changes in behavior. Especially if he’d like to make his person, Debby, happy. And of course he wanted to make her happy!

Maribeth and Fergus come to an agreement

Maribeth asked me to double-check with our vet that he was eating a good diet (he was—and it felt good to verify).

What I loved most was she had Fergus and I to come up with an agreement on what would happen if he didn’t eat poop: treats! AND IT WORKED! A week into our new process, he hasn’t eaten ANY poop. Instead, he comes inside and sits for a treat!

Need to have “that” conversation with your animal?