5 things your animal’s trying to tell you 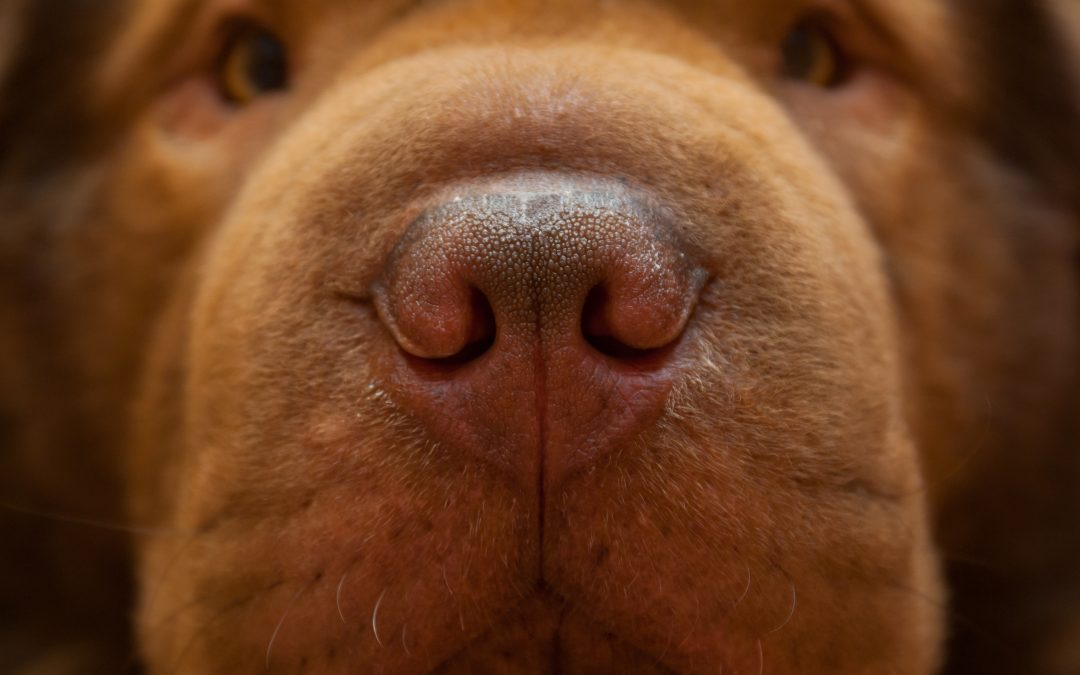 As an intuitive animal communicator, I am often called to help pets and their guardians live more harmoniously. I connect telepathically with the animals to find out the root cause behind their behavioral issues. What often comes up isn’t what anyone expects! Here are five stories of times where animals had different ideas than we expected. We were surprised at what they were trying to tell us!

Kitty Babybop wasn’t using her litterbox and her guardian Andrea wanted to find out why. Andrea explained to me that Babybop had been rescued when she was four months old and displayed unlitterbox-like behavior whenever Andrea traveled.

Prior to jumping on a call with Andrea, I connected with Babybop to introduce myself and let her know what to expect from our session. During this interaction, Babybop asked me to call her “Puddy Tat,” a nickname she really loved.

“Puddy Tat” talks about the ex

“I hope it’s okay that I connected with Puddy Tat before jumping on the phone with you,” I said to Andrea. I heard her suck in her breath.

“Where did you hear that nickname?” Andrea asked. She went on to explain that her ex-husband called Babybop that. “He’s the only one who did.”

We were shocked! Turns out that Babybop loved the ex and really missed him. She told me that she thought he’d loved her.

Sharing why they broke up

I explained that while the ex had loved her, but he hadn’t loved Andrea and her sons. We knew Babybop got it when she showed me a vision of kicking Andrea’s ex out of the litterbox! Babybop didn’t want someone around who wasn’t good to her family.

Yes, we solved the litterbox challenge but it was getting to and addressing Babybop’s grief that changed everything for Andrea and her family. Their relationship grew deeper and Babybop released her anxiety over the possibility that Andrea would also leave her.

2. They know when they’re ready to go

My good friend Debbie was worried her cat, Chazworth, was not doing so well physically. Sadly, when we connected, he confirmed that she was right: his health was failing. Chazworth shared a vision with me of him on a toboggan flying down a snowy hill. He looked happy, the jaunty scarf he wore flapping in the breeze.

I didn’t understand the vision at the time. But when he continued to get sicker, I realized he’d been telling us, “I’m going downhill fast and I’m excited about it!”

Debbie knew that she could put him down without guilt. He was ready to let go of a body that wasn’t working well anymore. What a gift.

That wasn’t all. During our session, Chazworth also told me in a conspiratorial tone, “You know, Debbie and I are married!” (Of course, they weren’t.)

But Debbie pointed out that Chazworth slept on her bed, she had his picture on her desk at work, and every night when returning from work, she’d say, “Honey, I’m home!” She shared that she felt a special affinity for Chazworth, more than other cats she had lived with.

Chazworth saying he was married to Debbie was his way of sharing his deep love for her.  Another priceless gift, especially as he departed this life.

3. Sometimes they misinterpret our actions

In addition to communicating with animals, I regularly use energy healing on my family and clients. It’s a great tool. I used it in addition to regular veterinary care on my dog Eddy when she was diagnosed with Addison’s Disease. I hoped for a small miracle (don’t we all?). Unfortunately, she passed away because the disease was too far gone and it drained her life force.

When my Siberian Husky Mitsubishi began struggling with stairs, I started running energy on his hips and back legs as we sat together on the sofa.

He didn’t want any energy healing

He looked me in the eye and said, “Don’t try that sh*t on me. It killed Eddy!” He then hopped off the couch and left the room.

His reaction shocked me! Because I always set my healing intention for the animal’s highest good, I knew I hadn’t killed Eddy. In fact, she told me my healing, deep love, and care filled her with peace so she was able to transition easily.

Explaining what I did

Knowing Mitsu’s mistrust stemmed from his perception, I shared with him Eddy’s experience. I wanted him to know I wasn’t trying to hurt him—and never would. He understood and—thank goodness!—trusted me again. After our discussion, he even let me do energy healing for him. (Yes, it helped him feel better, too!)

4. They have insight into our lives

Mollie asked me to check in on Clara, her horse who had passed away. At the end of her life, Clara had become violent, kicking out and biting. When I connected with Clara before she died, it felt like she was having grand mal epileptic seizures. Her violence, while not consciously deliberate or mean-spirited, was still scary. After all horses are big and Mollie could have been easily injured.

Despite Clara’s difficult ending, Mollie missed her and wanted to be sure she was okay. When I connected with Clara, she delighted in hearing from Mollie and shared that she was enjoying being fit again.

Giving good advice to their person

Our conversation didn’t stop there. Surprise! Clara wanted to give Mollie some advice.

Clara said, “Remember when I was trying to kick out the walls of my stall? You need to do this in your own life. I want you to kick down the walls and the limitations you have created to keep you small. Break out of them!”

I asked Mollie if Clara’s feedback made sense.

Mollie took Clara’s advice and is creating a nonprofit organization that will use horses and miniature donkeys to empower people to find their strengths and create a wonderful life.

Not every animal has advice for their guardians after they have passed. However, clients report that when they receive insights like Clara’s, they find it right on and useful.

I met Renee’s rescue dog Cynder when she was twelve.  She demonstrated aggression issues through the backyard fence toward other dogs and some people.  Renee worried that these issues might escalate and Cynder might bite someone.  Despite working with a trainer, the aggression hadn’t abated.

A surprising motive for bad behavior

When I connected to Cynder, I had to laugh in spite of myself. I had assumed the aggression was territorial, alpha dog stuff. While my hunch was close, she also confessed that she just liked scaring people and other dogs. She got a kick out of it!

We focused on increasing her empathy, letting her feel the fear that she created in others. We shared how happy Renee would be if Cynder were friendlier and how much more loving attention she’d receive if she acted friendly.

Cynder’s human and fence aggression have both improved.  She’s a happy, healthy dog that has adjusted to Renee’s home and needs.  What I love is that Cynder has deeply bonded with Renee.

But Cynder still has a subversive sense of humor. When I checked in with her a couple months ago, I asked how she was doing.

Cynder replied with a grin, “Still living the thug life!”

Renee and I had a belly laugh over that. Cynder, Renee shared, still barks aggressively at other dogs, but her behavior is much better than it was. I had a chance to remind Cynder the reasons for being friendlier and kinder to other dogs.

She’s thinking about it.

We get what we need

If there’s a takeaway from these stories, it’s we don’t always get what we expect when we communicate with our animals. What they’re trying to tell you can be surprising! But we do get what we need in order to help them let go of whatever’s getting in the way of becoming wonderful family members. If your relationship with your animals is based on love, it’s amazing how they are willing to share their stories—and to move in a direction that brings you closer together.

Seeing our pets in a different light opens your heart wider so you can accept this new version of your animal in your heart. Your appreciation for them expands and you find more reasons to find them delightful. Many times, they respond to your energetic shift by becoming more loveable and loving. And that’s a beautiful thing!

I want to connect to my animal! 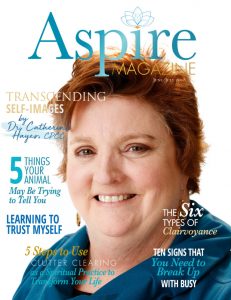 My article was originally published in the June/July 2018 edition of Aspire Magazine.

Along with my article, you’ll discover empowering content from some of today’s leading visionaries. Over 85 pages of love, wisdom and inspiration!