Musings of the Cat Formerly Known as Brick 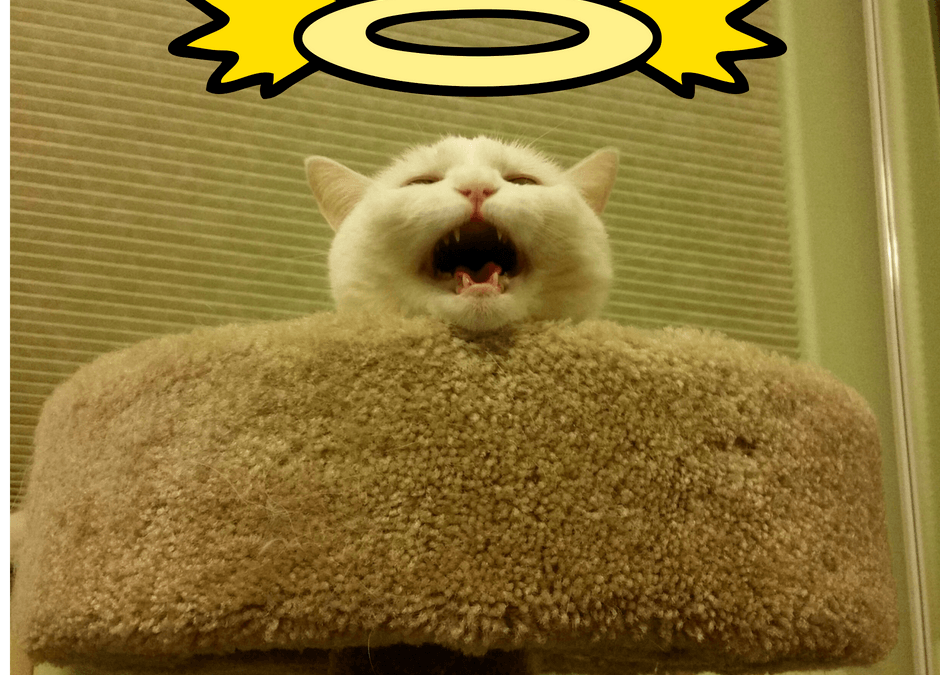 I’m the Cat Formerly Known as Brick. That’s because when I first came to live with my human, Maribeth, my name was Brick. Not sure why. On second thought, that’s a bald-faced lie. I have been known to terrorize small children, 6-foot men (boxing champions!), and large dogs.

I relish the fact that I’ve filled five pounds of body weight with 200 pounds of sheer moxie—and I love it when I choose to show it.

If you’re small, don’t let anyone decide you must be timid. Find your inner lion and let her roar, baby! 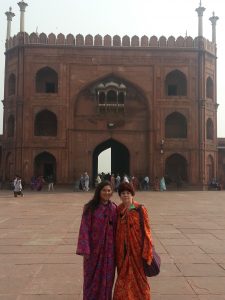 Before I forget, I want to give a shout out to Maribeth’s daughter, Andy. She picked me and my brother Mac off the streets of Richmond when we were just wee kitties. I got to experience the crazy college life before I was old enough to sniff catnip! What great memories!

Andy decided to travel to India after college. So she brought Mac and me to Maribeth’s house and asked her to find us a good home.

That’s so funny because I knew I wasn’t going anywhere! Maribeth caught on eventually and finally, her husband Charlie figured it out.

I’m always shocked at how dense humans can sometimes be.

I made an agreement with the dogs, Tibor and Stella. We agreed that I would sleep wherever I wanted whenever I wanted. Even if that meant they had to move. They understand the innate superiority of cats over dogs.

Maribeth upsets me sometimes, though. She moves me off Tibor’s bed when he wants to get in it. Mind you, Tibor weighs 50 pounds. But he just looks at me when I’m on the bed, sighs, and sets himself down next to his bed.

What’s in a Name? 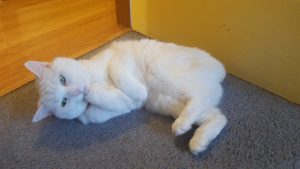 One day, Maribeth renamed me Bunnie, presumably to bring out my soft side.

Why this change of name from Brick to Bunnie? Maribeth wanted me to share my love for her and Charlie with other beings in the family. Names have vibrations, you know, and Bunnie is so much softer than Brick.

I love Maribeth and Charlie so much. So much that even when they do something terrible like pick me up, I don’t bite or scratch them. Biting and scratching is not nice.

Instead, I find one on the other animals and scratch at THEM. 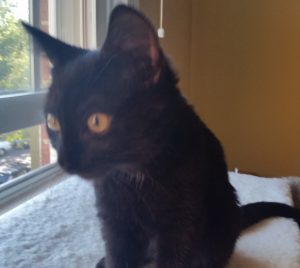 They really upset me when Charlie brought a second girl cat into the house a while back. I was Charlie’s main squeeze (don’t tell Maribeth). And he brings in Shadow. How could he? I admit I lived up to my name, Brick, and was pretty rough on Shadow.

So Maribeth was setting a new vibration for me with the name Bunnie.

The Cat Formerly Known as Brick -> Soft and Fluffy

But the name change has helped—at least a bit. Let me tell you a secret. Most of us cats are slow to change our minds. Since my name change, I’m more accepting of Mac and Shadow. Sometimes you’ll find all three of us sleeping on the bed together. That’s a pretty big change because I had decided Shadow wasn’t even allowed on the third floor. 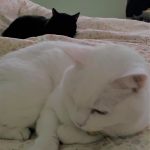 Maribeth kept talking to me about how the house belongs to everyone (it’s that dang animal communication stuff). And Charlie kept bringing Shadow upstairs to remind everyone that humans make the rules. (I don’t know if I really buy that.)

Another good change is we all chow down together when it’s time for kitty treats. Maribeth says I’m a work in progress. 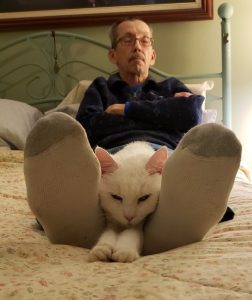 Still, I’ve got a great life. I get to hang out in the backyard when the weather’s nice.

I spend hours on Charlie’s legs and next to Maribeth. We play together, too.

And actually, the other animals are okay, but do NOT tell them.

Or you’ll have to deal with me!

Time to have a chat with your cat?

Got a good cat – or other beloved animal – story? I’d love to hear it!