How Dogs Love Us by Gregory Berns 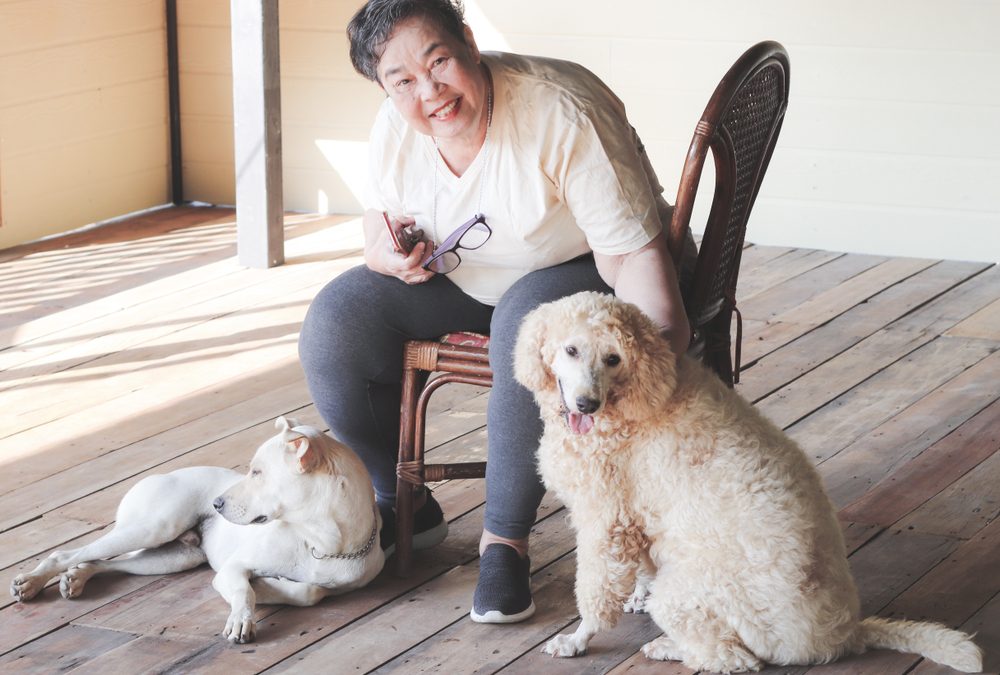 I fell in love with the book, How Dogs Love Us: A Neuroscientist and His Adopted Dog Decode the Canine Brain by Gregory Berns, M.D., Ph.D. But I almost quit reading a couple of times.

Most animal research is awful. I would never volunteer my beloved companions to endure what these animals endure. And I didn’t want to read about animals being put in harm’s way so we humans could learn something about the world.

So I was anxious because Dr. Berns was determined to use MRIs in his research study of dogs’ brains. This was his specialty. But I should have known by the title, How Dogs Love Us, that Dr. Berns had his doggie subjects’ wellbeing at the center of everything he did.

Respect and compassion for research subjects

Dr. Berns was true to his intention to never ask his subjects, human or non-human, to do something he wouldn’t do. He had many MRIs done on himself. And he refused to force his doggie subjects into an MRI; they had to do it voluntarily. One of his first subjects was his own dog, Callie.

Yerkes is not the environment to discover how dogs love us

My toughest read was Dr. Berns’ description of the work done at the Yerkes National Primate Research Center at Emory University.  After a detailed description of their work, he opted out of using them. Once he made the decision to use his own lab, the story was easier for me to read!

A research consent form for dogs!

Dr. Berns created the first consent form for animals. In the U.S., the FDA requires researchers to obtain consent in writing from humans for biomedical research, but not animals. Animal have no say in what’s done to them in research. Berns based his consent forms on those designed for children.

The dogs’ guardians would sign the consent form. AND the researchers would monitor the dogs’ behavior to ensure they were okay with what was going on. For instance, if they didn’t want to be in the MRI scanner anymore, they could just get out.

Do dogs love us?

If Berns could design a study that showed that dogs’ brains light up the same way for people in their family as humans do, it would undermine the nonsense that only humans have emotions. And that animals cannot have personal relationships with humans.

Teaching dogs to stay still in an MRI scanner

Teaching the dogs to stay still is crucial to finding out if they love us. Because if they don’t stay still, the scanner doesn’t get good pics of what parts of their brain are activating.

I enjoyed hearing how Berns and his team created a simulated scanner at his house for his dog, Callie. They bought a  Sonotube from a local construction company and everything else from Home Depot.

Then they designed earmuffs so the dogs weren’t bothered by the MRI sounds. (If you’ve ever had an MRI, the noise is loud and weird – what I would expect to feel if I’m ever abducted by aliens!)

And they still had to teach the dogs to voluntarily walk into the scanner, keep their head still and not react to those crazy sounds. Treats helped.

We hear how Bern’s daughter, Helen, convinces her Dad that she’d learn more about research by seeing the experiment than listening to a science lecture in middle school. He agreed to let her participate if she brought her science grade up, which was great motivation! And it worked!

Because dogs have such strong “smellers,” Dr. Berns used scent to discover what lit up in the dogs’ brains from different scents. His team obtained scents from dogs they knew, people they didn’t know and people they lived with.

Yup, they love us

The part of dogs’ brains that hold memories lit up when they smelled a person they live with. And the part of the brain associated with positive feelings also lit up. So they remembered this person and had positive reactions even when their person wasn’t present.

As Dr. Berns explains in his book,

“These patterns of brain activation looked strikingly similar to those observed when humans are shown pictures of people they love.”

A slow and excellent read

Dr. Berns works hard to explain his research to us non-neuroscientists and does a good job! Still, I had to take this book slowly so that I could understand the concepts and anatomy he was working with. It’s well worth the work to dig deeper into the world of neuroscience.

Vegans/Vegetarians warning: There is use of animal products in this story. But there’s so much concern about our fellow creatures that it’s worth the read.

Want to have a conversation with your animal?

Check out sessions with Maribeth!