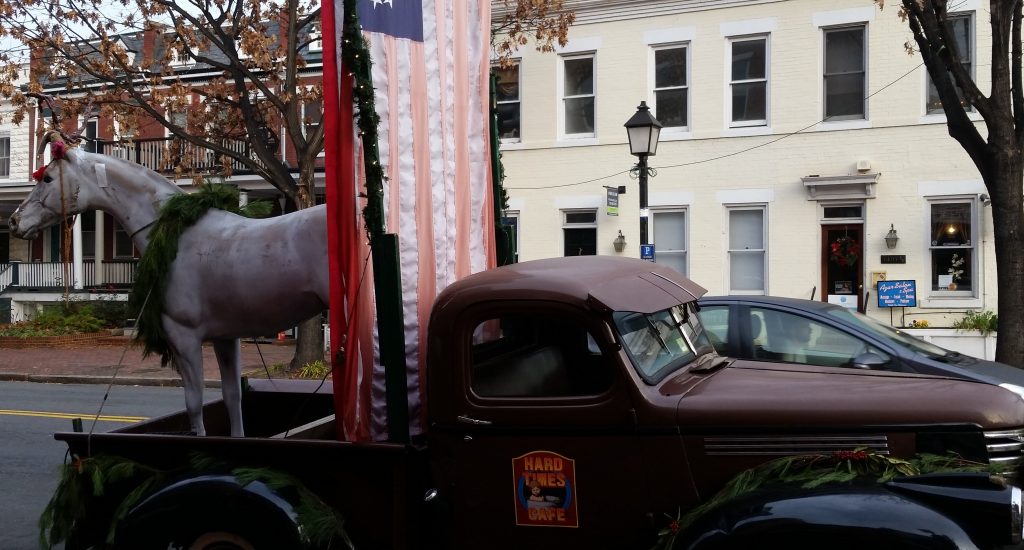 Want a fun way to improve your intuition? Here’s what I did with horses.

Even if you are not an animal communicator, animals can communicate with you symbolically. Ask an animal to show up in an unexpected way to give you a message about what’s going on in your life. Set an intention and pay attention. Then Google the meaning of the animal and see what it might mean.

Last week, I asked for an animal to step into my view in an unusual way. I needed some insight. Request granted.

(This horse and truck are always in Old Town and I like them. But I asked for something unusual and seeing REAL LIVE horses during DC rush hour was unusual!)

Horses symbolize power, journeying and freedom. In this case, rather than being ridden, they were riding in a vehicle. Moving forward on their journey faster.

The vehicle was going north. In the Lakota (Sioux) tradition, North represents hardships and discomfort, trials people must endure and cleansing they must undergo.

The symbolism of Number 2 is important, too. My intuition says 2 has to do with relationships. Since North speaks of discomfort, the negative aspect of 2 from numerology is pertinent – being oversensitive, and afraid to speak one’s mind so as to avoid confrontation is a trait that is holding back progress.