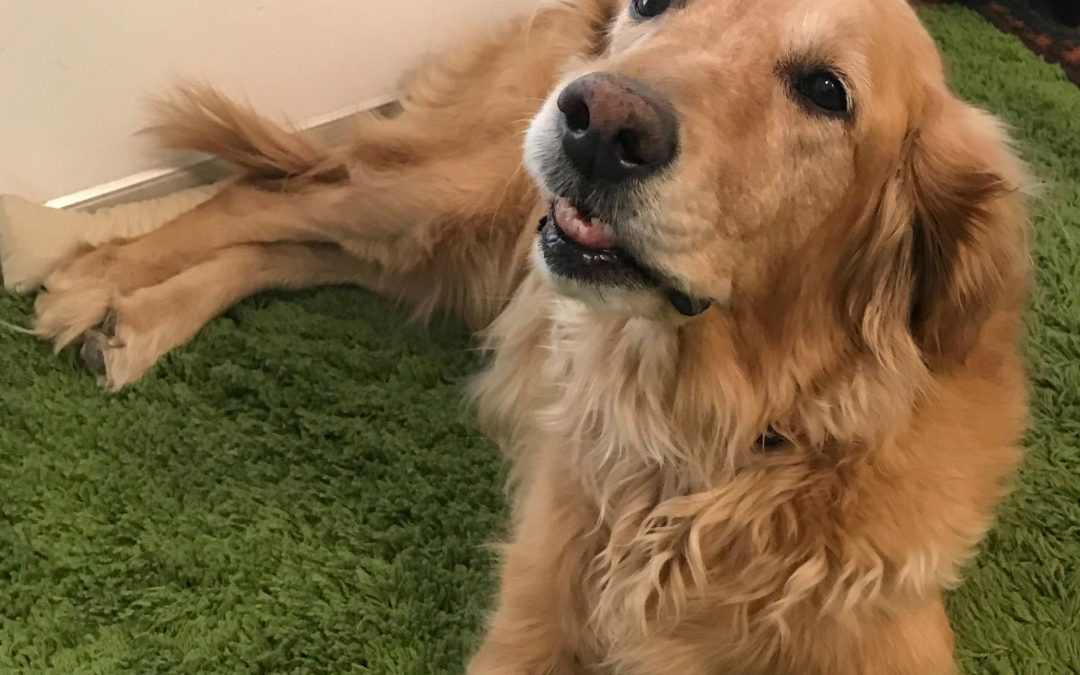 Have you heard of EFT?

I ask because I did an EFT session with Jenn and her dog, Harley and it yielded incredible results.

Jenn was distraught. She told me Harley just wasn’t herself; she seemed so sad and her body just wasn’t peppy or energetic. Harley’s a beautiful, loving Golden Retriever who’s almost 10 years old. Jenn and Harley had spent tons of time at the veterinarian’s office getting all kinds of tests. Jenn was so frustrated – nothing conclusive was showing up. If you don’t know what’s wrong, how do you come up with a plan of recovery? Jenn wondered if it was the beginning of the end for Harley. She was devastated.

EFT (Emotional Freedom Technique) is an energy healing technique that combines tapping on seven meridian points while saying a personalized “script” out loud. Practitioners write the script to address the specific emotional aspects of the issue.

How do you find out the emotional aspects of an animal’s issue in order to write a script? Great question! You find an animal communicator to ask the animal what’s going on. From that information, you can write the script.

What are meridian points? 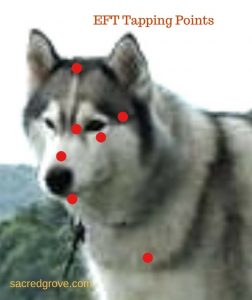 Traditional Chinese Medicine (TCM) identified meridians of energy in the body, which look like an energetic circulatory or nervous system. EFT has identified seven points on meridians that help release or decrease strong emotions.  Practitioners gently tap (using fingers) on these meridian points until the practitioner and the client feel a shift or release in the client’s energy or emotions.

Using animal communication, I discovered what Harley was sad about. Jenn and Harley (with me facilitating) discussed changes the family could make that would bring Harley more happiness. We created a script to acknowledge that sadness, with the intention to release as much sadness as possible. In the script, we also acknowledged what would make Harley happy.

Once we had perfected the script, Jenn started tapping on Harley. At the same time, I tapped on myself to amplify the healing. While we tapped, I would say a phrase of the script and Jenn would repeat it. We’d move to the next phrase and continue the tapping until we felt a positive shift of energy.

Then we sat quietly. I felt heat and energy moving in my body as if it was releasing and restructuring itself into a more positive vibration. This session – discussing the issue, creating the script and doing the tapping – lasted about 60 minutes.

Jenn, true to her word, made the changes in Harley’s life. The results are dramatic.

How do I work with Maribeth?