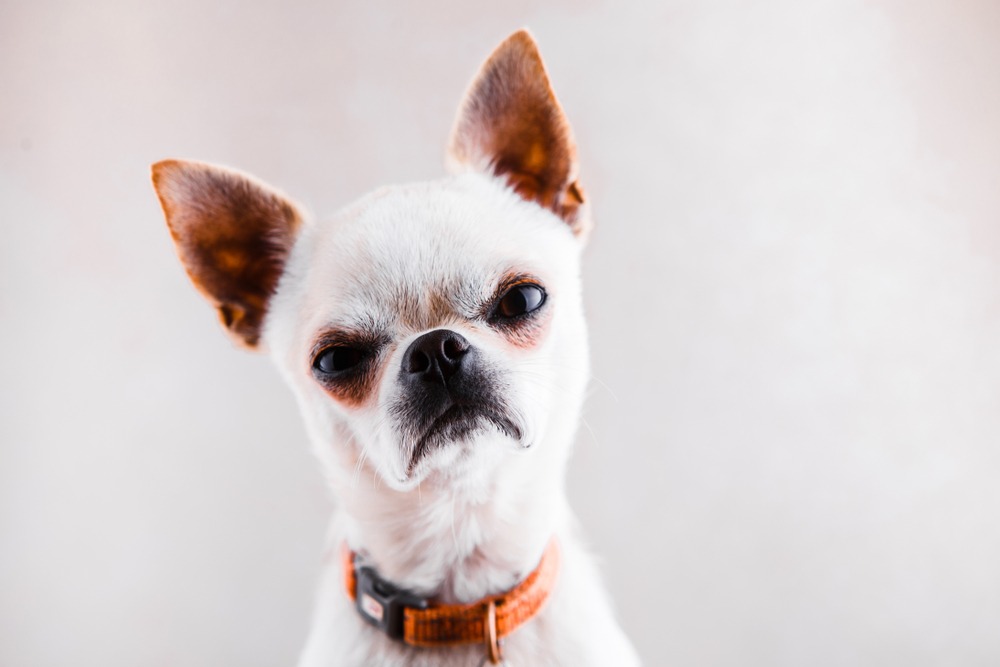 Dogs fighting in families! Nobody wants that! It can be tricky managing multi-dog households (or multi-animal households).

I’d like to share a story from an Alexandria, Virginia about two dogs fighting. This family adopted a little abandoned dog who lacked confidence and reacted badly in social situations. He needed tons of understanding before he felt safe and secure in his new home. The little dog is Smokey and his mom Lori shared his story so well, I think you’ll be cheering when you finish reading!

And look for the two Animal Communicator Hints to use in your own family.

From Fights to Family: One Adopted Dog Finds His Place

Smokey had a hard time getting along

Dear Maribeth, I think back to how much you helped me with my dogs and how grateful I am for your guidance.

When you and I talked on the phone for the first time a little over a year ago, I had three terriers who weren’t getting along. I had just a few months earlier adopted Smokey, the younger male after fostering about a dozen dogs for the past two years and added him to a household with two other female terriers, Penny and Lucy.

Smokey must have had to fight for food and attention in his previous home because he immediately began intimidating Penny and Lucy, growling at them to keep them away from treats, toys, the water bowl, and from me.

He also nipped anyone who hugged me, including my husband. Smokey even bit Jim on the nose when he couldn’t tell that Jim was making me laugh. He thought Jim was hurting me and making me cry. He truly was on the verge of being taken back to the pet rescue where I got him from.

Luckily my husband is a patient man, and believed me when I said that if we didn’t help Smokey, he most likely would not be placed in another home because of his reputation for biting. You know the adoption success rate for little black senior dogs that bite isn’t very high.

You can see from these first pictures that Smokey had aggression and trust issues. My two terriers were very wary of being around him. They did not like him very much. 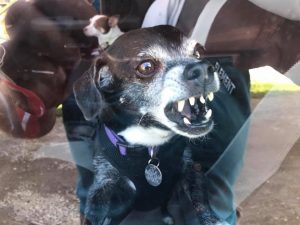 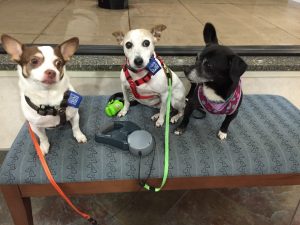 Penny was sure Smokey was just another foster dog

To help with Smokey’s behavioral issues, my husband and I hired two trainers. One trainer said that Smokey’s biggest problem was impulse control and fear. She indicated a lot of extra reassurance from me and Jim would help. Penny, my older female began to resent the extra attention Smokey was getting. The two scuffled quite often.

I swear, it was like Penny would snap at him to say, “You aren’t staying! So don’t get used to it. None of the dogs stay!” He reacted with “No! You’re wrong! She likes me better than you!” And then they would fight.

When you think, “I swear, it was like she said…”, you just heard your animal telepathically. Accept it as a real telepathic moment, and you’ll have more moments where you understand them and they understand you.

Smokey needed to know he wasn’t a foster dog

When Maribeth first connected with Smokey, she discovered that he really wanted to know that this was his forever home.  She didn’t realize the source of that anxiety until she connected with Penny during a follow-up call.

After she communicated with both of them, she determined that Smokey and Penny were both stressed.

They stressed by each other out. Additionally, Penny stressed about the forgiving attitude I had toward Smokey when I hadn’t given her the same forgiveness and attention. She desperately needed to hear that she was still important. Maribeth helped Penny to relax her ingrained position that Smokey didn’t belong. She asked Penny to consider letting Smokey take on the alpha dog role in our house.

Also, Maribeth helped discover that Penny had a medical problem that caused her pain. Through Maribeth’s connection with Penny, she “felt” something in Penny’s lower abdomen. Maribeth also received a message from Penny that she wanted another dog water bowl upstairs in the bedroom. I laughed and said that I wasn’t going to put a dog bowl upstairs. So Maribeth indicated to Penny that she would just have to go to the kitchen where the communal bowl was when she was thirsty.

Over the next week, I discovered that Penny had a UTI I had not noticed earlier. She bled when she urinated but being such a short little dog, it was hard to see when she pee’d outside until she started peeing blood on the carpet.

After almost three weeks of antibiotics and still no improvement, the vet concluded that what Penny must have is acute pancreatitis. So probably over the time that Smokey was keeping Penny from the communal water bowl, Penny was severely dehydrated, which made the UTI go from bad to worse. Penny’s physical pain, and discomfort, and feeling like she was being bullied when she wanted water caused her to have a very short temper. Once we addressed her pain, which took almost three months of treatment, and provided two water bowls, she was a kinder, more patient dog again.

If you’ve got a chronic cranky personality, have you ruled out chronic pain?

As a reward, I took Penny to Good Dog 101 training classes and she did great! Penny sincerely appreciated the one-on-one time with me away from Smokey. And she even seems much more confident.

Penny gracefully turns over her position

I am delighted to share that Penny even lets Smokey sleep on our bed in the alpha dog position next to my shoulder. Now that she is 14, she is okay with taking a step back and letting another dog be in charge. Maribeth, you definitely helped her so much with that transition!

When we went to Rehoboth Beach earlier this year, on vacation with the dogs, you can see in this picture that Penny and Smokey both jumped into the same bed and shared the nest with each other without any grumbling from either one. This picture is the first time ever they have touched in an intimate space without growling! This was truly a breakthrough.

Dogs fighting in families is at the bottom of our “How I Wish My Dogs Would Behave” List, right? Here are a few more resources.

Maribeth, let’s talk to my animals about their fighting!