What I learned when a dog bit Stella 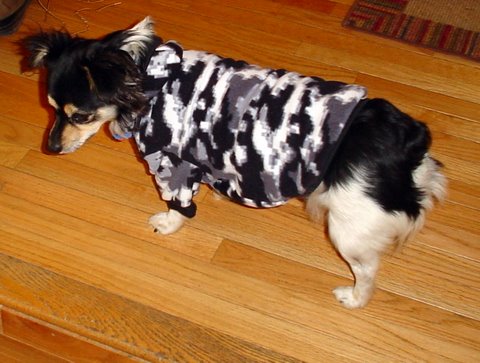 How would you feel if your dog got bit in front of you?

I was amazed, and not in a good way, at what I felt when I saw Stella get bitten. We thought the dogs were OK with each other. But we were wrong. I share this because people tell me that I am a calm, compassionate person. My goal is to be patient and understanding when I communicate with animals and their guardians. I work hard to create a no-judgement zone. But my reaction was so negative!  My feelings were strong and they lingered.

Don’t worry – Stella is just fine, both physically and emotionally after days of cuddling and love.

When my dog Stella was bitten

I was so afraid for Stella. If you know her, you know she’s not a fighter. And she is smaller than the other dog. I was sure she was going to have serious injuries. So I could not look at her closely after we pulled the dog off her. Truthfully, I was shaken to the core because I really wanted them to be friends! As it turns out, Stella had cuts around one eye and one ear, but she didn’t need any stitches.

I had failed Stella. The dog bit her right in front of me and I did not protect her. This is not supposed to happen – I’m supposed to protect my animals.

My feelings were hurting my relationship with the dog’s guardian. I had lost my compassion for the dog.

How did I work through it?

I got advice from a great dog trainer 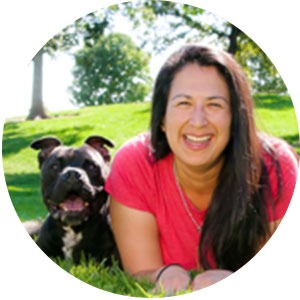 I talked to Ana Melara of Grace Dog Training & Behavior, to get a perspective on why dogs act aggressively. With her guidance, I saw the incident through the eyes of the attacker.

This young rescue dog did not growl before she attacked Stella. Ana explained that she may have been severely punished for growling by the people who had her before she was rescued. You probably know this, but growling is one of the ways dogs tell us they don’t like something and to stop it. Sadly, the growl had been deleted from her “I’m warning you to back off” toolbox.

Ana pointed out that we also don’t know what the dog’s stress level was before the attack. Let’s say stress can be measured from 0 to 100, 0 being “It’s all good, man..” and 100 being “I’m going to attack and maim right now!”

How stressed was the dog before she came to the rescue organization? While in the rescue, she was spayed. This was a good thing, but still a stressor. And then she went to another new place with new people and new animals, increasing her stress. What if she her stress rate was already 80 that day?? It wouldn’t take much to move the dial up, would it? Then Stella walks over with her “little doggie swagger”… Deep sigh. I had found compassion again.

But I was still hostage to my negative feelings

So I used Emotional Freedom Technique – EFT or tapping – to release them. EFT clears emotions for both people and animals.

Connecting to the dog

After the EFT work, I was able to COMPASSIONATELY connect to the dog. I asked her why she attacked. She said she had to establish dominance over other dogs quickly or she would get hurt/killed. I told her how she lucked out with her new family – none of the dogs in her life want to fight. They just want to play and hang out with their humans. She could start relaxing and playing. I also did some healing (Scalar Wave energy healing) to release the aggressive energy and strengthen her feeling of safety and being loved. She still needs to continue with dog training – and I will continue to tell her how safe she is and help release her stress. I think she’s on her way to becoming a good family dog.