3 Beliefs Stop You from Talking to Your Pets 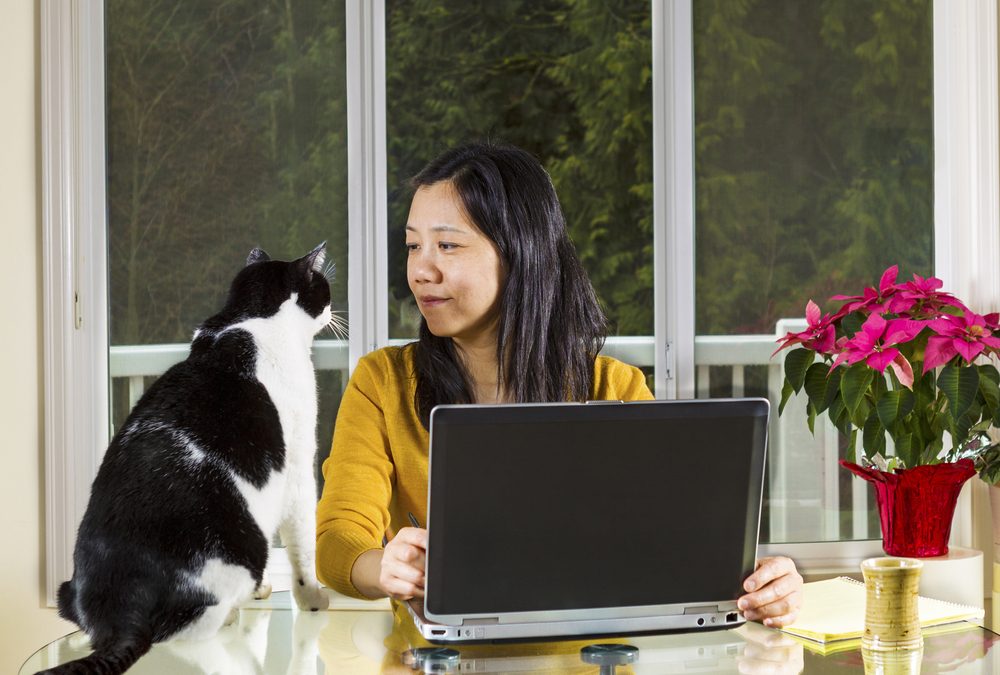 When I share about talking to your pets telepathically, I sometimes hear negative beliefs. That’s sad because those beliefs stop people from communicating with their pets. Just for fun, I’ll talk about these beliefs as chronic conditions like hepatitis or bursitis. But they’re actually easy to clear up, unlike many chronic conditions. Just be open to the possibility and the wonder of connecting intuitively!

There’s a great book that refutes that telepathy in animals is bogus – Dogs That Know When Their Owners are Coming Home. The author, Dr. Rupert Sheldrake is a real-life scientist who designed studies to document dog telepathy. Dr. Sheldrake shares great stories about other incidents of animal intuition as well.

If other animals have telepathy, why would humans be the exception? Maybe we’re an inferior life form? (That’s a joke.)

I know it’s not scientific research, but when an animal changes their behavior after I’ve communicated with them – and nothing else changes (all other variables are constant) – people conclude that telepathic communication is real.

Cats who don’t eat their food

For instance, cats who had stopped eating started eating again after I talked to them. Believe me, this was after every other idea failed.

By the way, people usually ask me to find out what kind of food their cat wants. Cripes, I’ve mostly given up on that question! Instead, I ask the cat to please eat their food because their person is hugely worried about them. I share how relieved and happy their person will be if they eat. Crazy enough, many times, they get it and chow down!

This is the belief that the only thing going on in your pet’s mind is their favorite food or activity. A variation is you’re sure you know why they do something because you know them so well. This shuts down any chance of talking to your pets telepathically, too.

Is a dog with cancer ready to move on?

I met a dog with cancer whose people thought he was acting up because he was ready to move on. Turns out he was worried sick because they brought a puppy into the family. He told me that the family rule is only one dog. So he was sure they were going to get rid of him and he was devastated. When we cleared that up, he calmed down – and best of all, they didn’t end his life.

Plus, he had a great sense of humor. As we were wrapping up the session, the puppy was barking non-stop. I wondered silently how they put up with it. He responded, “That’s the advantage of losing your hearing when you get old. You can’t hear the barking.” Laughed my butt off.

Here’s additional evidence that animals are deeper than you thought. It’s all dogs, sorry. Cats may love us, but that doesn’t mean they’re willing to be part of a study! (I have 3 cats, so I’m speaking from experience.) I know horses are incredibly intuitive, but dogs, because of their size, are probably easier to study.

And as far as I could tell, all these dogs were willing participants through some training.

I bet you still believe you have to be born telepathic to communicate with animals. You’re kind of right because everyone is born with the ability to be telepathic. Just like everyone has fingers to play the piano. Some of us become Mozart and some of us play chopsticks, but the ability is there.

So even if you’re not the telepathic equivalent of Mozart (who wrote his first piece of music when he was five!), you can still acquire the ability. You have to find the “on” button to open your telepathic channel and then practice.  I teach people to communicate with their pets and all my students find their ability!

Even more astounding – many people notice they’re communicating with their animals after an animal communication session with me! A wonderful level of communication is now open.

Want to talk to your pet? Book a session!

If you find some interesting studies or stories about animals abilities, please post them in the comments! I’d love to read them.